Unfortunately, the Platinum Stages line of dance poles doesn't get my recommendation. The trust of my site visitors is very important to me, and I won't recommend a product I don't believe in.

In November, 2015, Platinum Stages announced that they would be turning their focus to the commercial and competition dance pole markets. As a result, they are no longer manufacturing their stage poles or multi-piece poles and will instead become a reseller of the X-Pole to fill this gap.

Their manufacturing focus will be on making heavy duty (ie longer, stronger, and heavier) poles for competitions, studios and nightclubs, and their retail sales will be comprised mainly of X-Pole's line.

Given my poor customer service experience with Platinum Stages however, I recommend that you order your X-Pole directly through the X-Pole website if you opt to buy one of their poles.

I have chosen to keep my original review of Platinum Stages on this site, even though the specific pole I reviewed is no longer available. I feel the review is still relevant as it speaks to product quality and customer service.

I was contacted by Platinum Stages because I own this website. Thousands of people visit my site every month, and the folks at Platinum Stages thought I should be promoting their products via their affiliate program (you can read more about what that is here). So they offered to send me one of their poles for only the cost of shipping so I could try it out and write a review.

I agreed, as I'm always happy to pass on useful information to my visitors. But as I mentioned above, I will never write a positive review just because I received a product at reduced or no cost, and/or because I can make a commission on sales of that product. That's just not ethical.

Anyway, it was in December that a representative from Platinum Stages first contacted me, and several weeks later my shipment still had not arrived. I phoned and was told it hadn't yet been sent because they were backlogged from the Christmas rush.

Hmmm, I thought. That's odd that they would contact me and offer to ship a pole when they knew it would be delayed. Not a good first impression to give someone who's going to be reviewing your product. But oh well, delays happen, so I got back to work and continued to wait for it to arrive.

I'm not sure if it was an issue with the shipping department, or with the courier, or both, but it actually took well over a month before everything was straightened out and I actually had my pole.

When it arrived, I unpacked it and laid out the instructions, which were included in a nice colour pamphlet. On checking the diagram and the parts list, I discovered that the measuring string was missing. (Platinum Stages provides a length of coloured string to help you determine how tall the pole needs to be for your ceiling, and which pieces to use in assembling your pole.)

I made a note to contact them, but decided to go ahead and assemble the pole anyway, just to see how it went together.

The first thing I noticed was the weight of the pieces. Once I had the main pieces screwed together, the pole was pretty hefty and I seriously wondered if I was going to be able to get it vertical when it was time to install it.

But first I had to screw in the bottom piece that would affix to the floor pad. I followed all the instructions, even cleaning the threads with a brush and using a silicone spray, but I could NOT get it to screw in.

In the process of unscrewing it to try yet again to get it right, the heavy bottom piece dropped out of the part I was screwing it into, leaving a major dent in my laminate floor.

Finally I decided to phone to find out what I might be doing wrong, and to report the missing measuring string. So I called Platinum Stages and was told that the part must be defective and that it wasn't all that uncommon for this to happen. They would ship me a new one and I should return the other at their expense. A new string would also be sent out right away.

The new part took over a month to arrive. In the interim, I had to make several follow up inquiries before I was told they were waiting for a shipment of new parts because the last batch had all been faulty. None of my emails or calls were returned when I left messages, so I had to constantly stay on top of this.

When the part finally did arrive, I found that it would not fit in the original case that had been shipped with my pole. So it was back to Platinum Stages to find out what was up.

I was told that they had recently changed the size of their cases to accommodate a design change. Apparently the new part was of the new design, which would not fit in my old case, so they would ship me a new case.

In the meantime, I still had not received my measuring string. They claimed it must have gotten lost in the mail and sent out another one, which finally arrived safely.

However, there was no indication on the string or in the instructions as to which part of the string to place against the ceiling in order to get an accurate measurement. I ended up just using a tape measure and some basic math to figure out which parts to use.

But back to the pole:

After cleaning gobs of grease off the threads of the new part, I finally got the pole assembled and was ready to install it. As I suspected, it was very, very heavy to lift into position. The instructions called for the pole to be placed in a plumb position (straight up and down) and then I had to tighten it into place from the bottom.

I found this to be next to impossible. With something this heavy, you really need two people to install it - one to hold the pole plumb and the other to tighten the base. As strong as I am, I discovered that it's really hard to hold 8' of relatively skinny steel steady from the bottom, using one hand, while the other hand tightens a giant nut into place!

I'm stubborn though, so I finally got it tightened. I slipped the silver-coloured plastic base cover down and wasn't impressed, as it didn't seem all that durable. I much prefer my Lil Mynx pole, which doesn't require any kind of a cover at the base since it extends from the top. Plus it's much lighter and way easier to install.

Even with the wheeled case, I found the Platinum Stages pole very heavy to move. The wheels worked great on flat surfaces, but moving it up and down stairs, in and out of my car, and over rough surfaces was particularly difficult.

If you're looking for a portable dance pole to take to home parties for example, I recommend the Lil Mynx Pro Pole as a more viable option. It's much lighter, faster to assemble and install, and every bit as durable.

A final issue I had with this particular product was the finishing work on the seams. Because it goes together in several pieces, there are a number of seams along the length of the pole. These obviously need to be machined properly so they're smooth and won't cut your hands when dancing.

Unfortunately, my pole had several very rough seams that would have caused injury had I tried to use it as is. I had to use a metal file to smooth out the edges myself, to make it safe to use.

Aside from the initial delays to get my pole, the replacement part, and the missing measuring string, I wasn't thrilled with Platinum Stages' choice of couriers.

My pole and parts arrived via UPS Courier, a company I have long detested for their high fees and downright unfriendly service any time I've dealt with them.

A case in point: I was instructed by Platinum Stages to return the defective part mentioned above, using a pre-printed and pre-paid label. After carefully packaging up the part, I drove to my local UPS store to drop it off. However, the store refused to take it unless I paid a $5 handling fee. I explained that it was pre-paid to travel UPS but they insisted on charging the fee.

After I made a fuss (it was the principle more so than the $5 I was upset about), I was told I could call the UPS pickup service instead, but they would still charge me to pick it up. However, if I was "lucky" and they didn't arrive on time (after I had spent the entire day at home waiting), they wouldn't charge me. But they still would not guarantee a pick up time, so I might end up house bound waiting for several days just to save $5!

On top of that, I had to pay a brokerage fee to receive the replacement part before they would release it to me. I contacted Platinum Stages, who contacted UPS to tell them they had already paid it and I should not have been charged. However, UPS has yet to send me a credit more than two years later, and at this point I don't expect to receive it at all.

In short, here is what I found unappealing about this pole:

I also feel that Platinum Stages could do quite a bit to improve their customer service. From the annoying music when they put you on hold, to their lack of follow up in returning phone calls and emails, I wasn't terribly impressed with this aspect of their business.

I do wish I could write a more positive review of Platinum Stages' dance poles, but unfortunately my experience wasn't very good and I can't in good conscience recommend them.

If you'd like to read about the three companies I do like, you can read my reviews of the Lil Mynx Pole, the MiPole, or the XPole here. 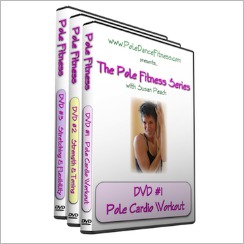 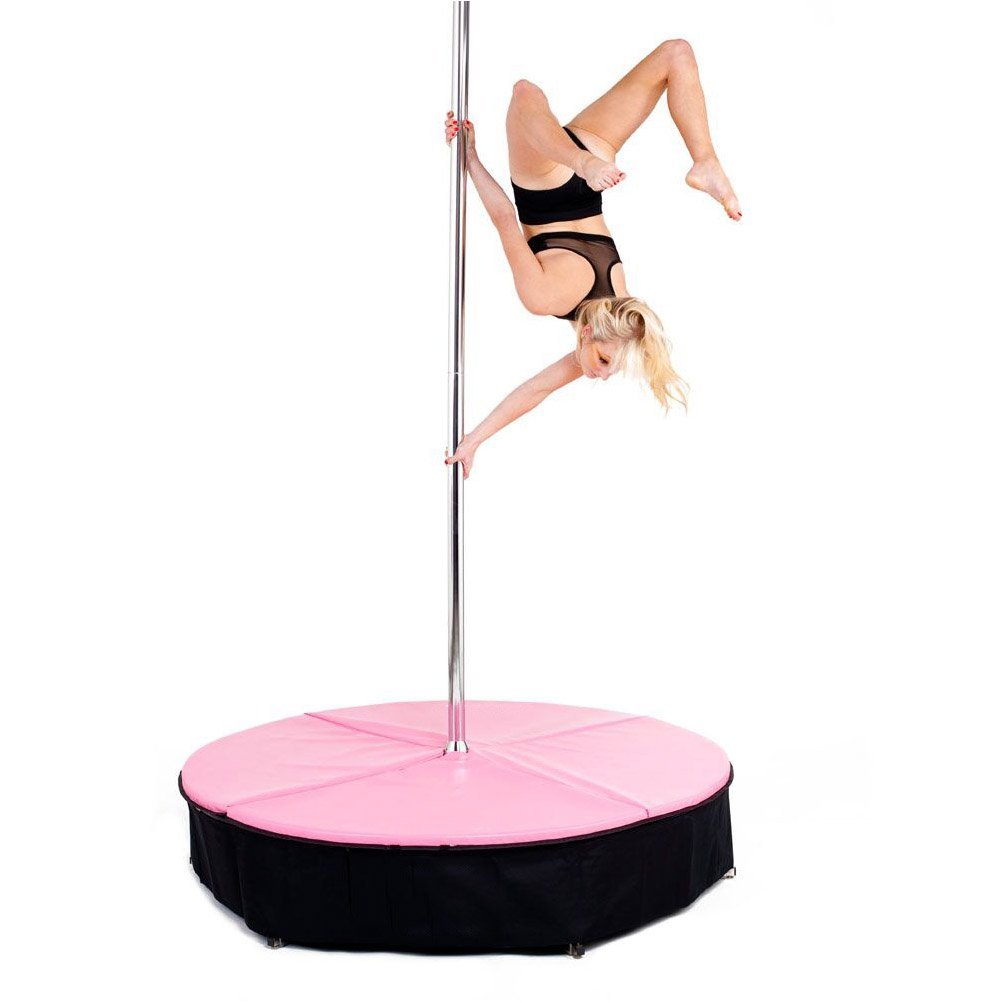 Better safe than sorry! Learn more about the importance of pole safety, and how a crash mat can help protect you from injuries. 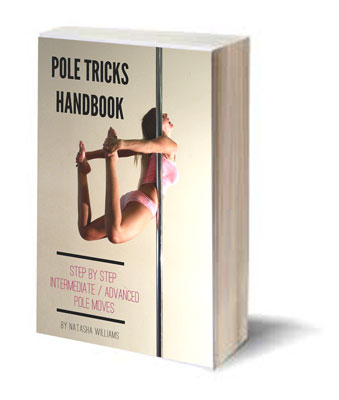 These books and manuals can be a handy resource to add to your training library. Plus, they make great conversation starters on your coffee table!

Your Pole Pal loves to have fun, but she also has to earn a living, right? That's why you'll see ads on this site. She may also earn commissions on some of the products you'll see here, but there's never any cost to you since the advertisers pay for these.

The income generated through these means helps ensure Your Pole Pal can devote the time to providing you with all the free and fabulous information & resources you'll find on this website.